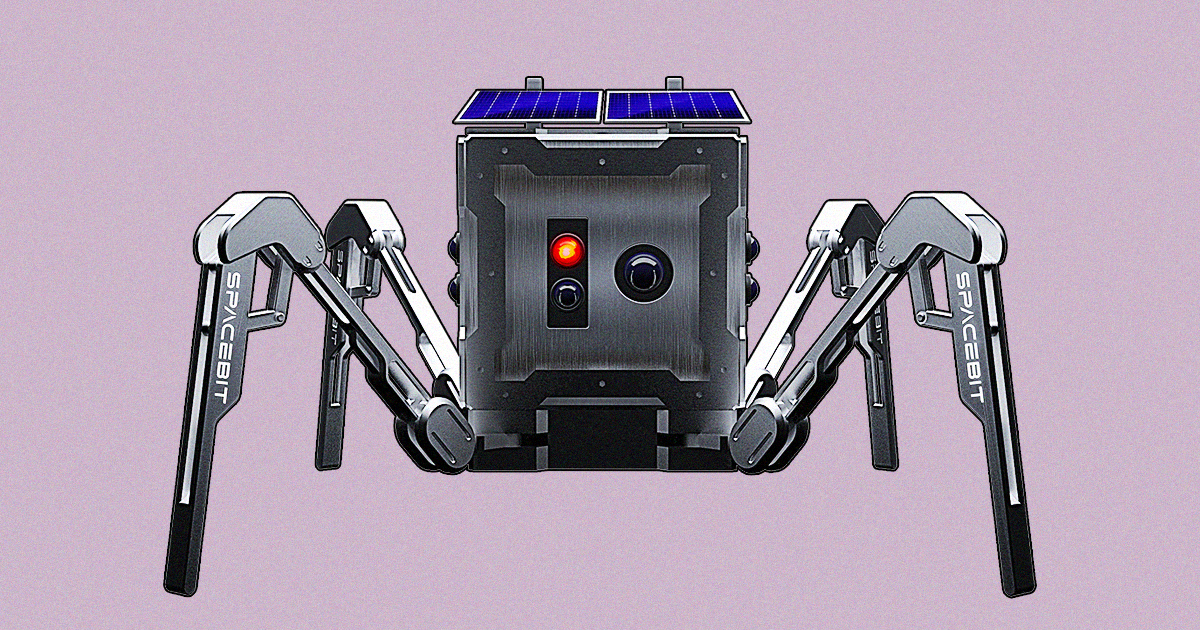 The United Kingdom plans to send its first lunar rover to the Moon in 2021 — and the robot is unlike any that came before it.

Not only will the rover created UK-based space startup SpaceBit be the smallest one in history, but it will also have legs rather than wheels — a design innovation that could allow it to explore previously unreachable areas of the Moon.

SpaceBit unveiled the rover on Thursday at the science and tech festival New Scientist Live, noting that the bot will hitch a ride to the Moon’s surface aboard U.S. space robotics company Astrobotic’s 2021 mission.

The 1 kilogram (2.2 pound) robot is shaped like a cube with four legs, which it will use to gather video and other data for scientists during its 10-Earth-days-long mission.

SpaceBit and Astrobotic are hopeful that the mission will illustrate the benefits of giving rovers legs — and lead to future missions in which legged rovers explore the Moon’s tubular caves.

“The legs could be better for steep, rocky terrain, and basically any place where wheels start to struggle,” Astrobotic’s CEO John Thornton told New Scientist