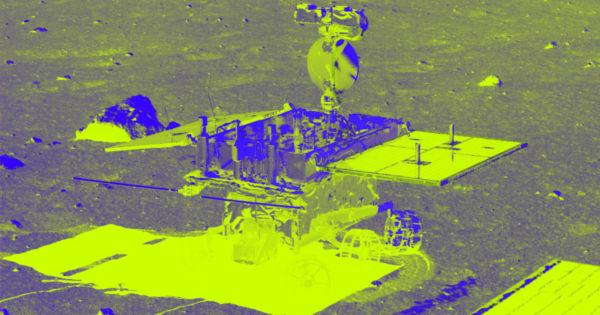 Researchers at the Chinese Academy of Sciences in Beijing have started analyzing data collected by the country’s Yutu-2 Moon rover’s ground-penetrating radar. The instrument peered 40 meters (131 feet) below the lunar surface — and found it was sitting on top of a mountain of fine dust.

China’s Chang’e 4 lander touched down on the far side of the Moon in January 2019, becoming the first man-made object to do so. Shortly after, it deployed the rover Yutu-2 from its belly. The rover has been exploring the South Pole-Aitken basin, the largest and oldest crater on the Moon, ever since.

Using high-frequency radar to look beneath the surface, it found that it was sitting on top of 12 meters (39 feet) of fine Moon dust, as detailed in a paper published in the journal Science Advances on Wednesday.

“That’s a lot of regolith,” David Kring, senior scientist at the Lunar and Planetary Institute in Houston who was not involved in the research, told The New York Times. “That’s food for thought.”

The fine particles were likely the result of many small meteorite collisions and a ton of solar radiation, as New Scientist reports.

Below the dust, between 12 and 24 meters (39 and 79 feet), the rover spotted larger rocks, likely what’s left of larger asteroid and meteorite impacts. Further below that, the rover detected alternating layers of fine and coarser soil.

Most noteworthy is the striking difference between the new readings and the ones taken at Chang’e 4’s landing site, where measurements suggested it landed on top of a dense lava layer buried below the surface, the remains of a volcanic event.

“The subsurface structure at the Chang’e 4 landing site is more complex, and suggests a totally different geological context,” Yan Su, co-author from the Chinese Academy of Sciences, told New Scientist.

READ MORE: China’s rover has discovered what lies beneath the moon’s far side [New Scientist]
More on the mission:China Claims Its Moon Rover Found a Colorful “Gel-Like” Substance 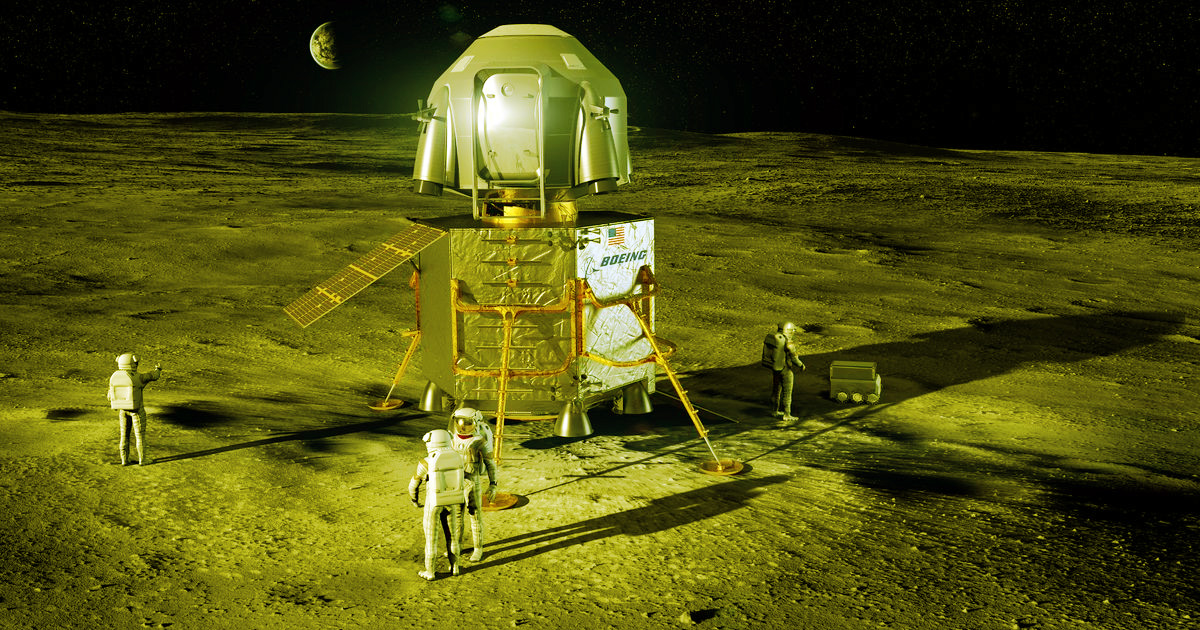 NASA is officially accepting applications for astronauts to travel to the Moon as part of its Artemis mission. You can send in your own application, if you think you have what it takes, between March 2 and 31.

“We’re celebrating our 20th year of continuous presence aboard the International Space Station in low-Earth orbit this year, and we’re on the verge of sending the first woman and next man to the Moon by 2024,” NASA Administrator Jim Bridenstine said in a statement.

If you make the cut, you might soon be traveling to the International Space Station aboard a SpaceX Crew Dragon or Boeing Starliner spacecraft developed as part of NASA’s Commercial Crew Program.

Candidates will have to show proof of a master’s degree in a STEM field and “two years of related, progressively responsible professional experience, or at least 1,000 hours of pilot-in-command time in jet aircraft,” according to NASA.

In the longer term, NASA is hoping to send humans to the Moon’s surface using its Space Launch System and Orion spacecraft as soon as 2024. To get to Mars, you’ll have to wait until the mid-2030s.

“For the handful of highly talented women and men we will hire to join our diverse astronaut corps, it’s an incredible time in human spaceflight to be an astronaut,” he added.