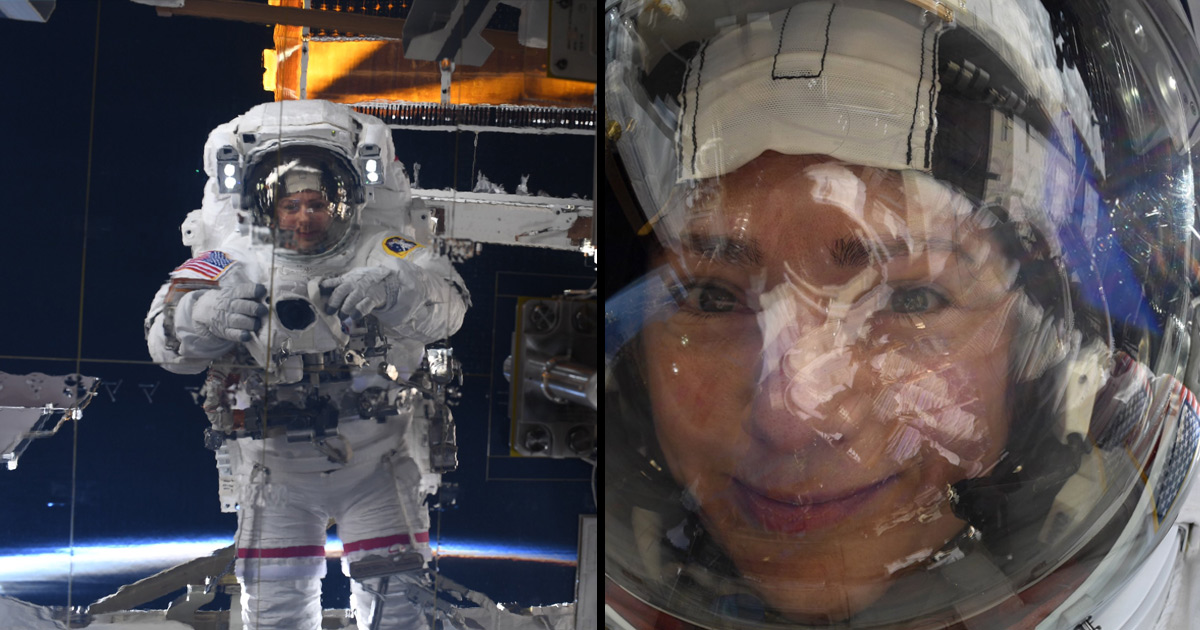 NASA astronaut Jessica Meir recently shared what might be one of the coolest selfies ever via her Twitter account.
Since September 2019, Meir has been a member of the International Space Station crew. In January, she ventured out of the ISS for a pair of spacewalks — and managed to snap a couple of out-of-this-world self-portraits, while floating in space.

According to Meir’s tweet, she used a Nikon D5 with a 28 millimeter lens in a protective case to capture both pictures.

One of the photos is done in traditional selfie style, with Meir pointing the camera directly at her smiling face while the Earth can be seen in the reflection of her helmet.

For the other photo, she snapped a pic of her reflection by using one of the ISS’s solar panels as an ad hoc mirror. In that one, the curve of the Earth can be seen behind Meir.

Fine, visor up this time – but at least the magnificent Earth still makes an appearance too. All (and other photos) made possible with a Nikon D5 with a 28 mm lens in a protective housing (visible in center of 2nd photo). SelfieSunday 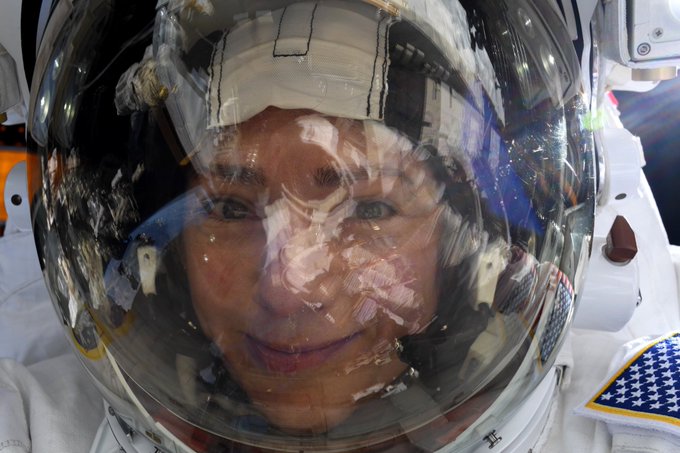 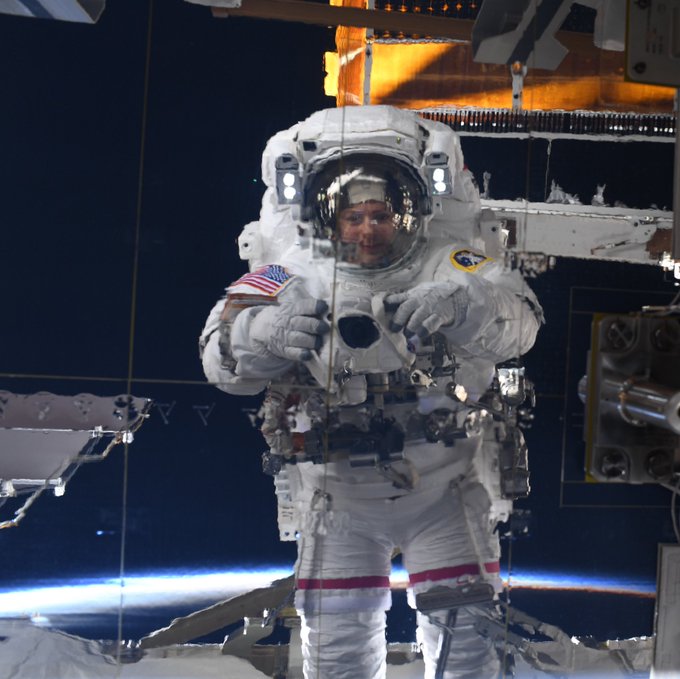 Meir isn’t the first astronaut to take a space selfie. That would be Buzz Aldrin, who snapped his own photo while spacewalking outside the Gemini 12 mission in 1966.

More than 50 years may have passed since Aldrin took that iconic photo — but it’s still hard to imagine a more badass setting for a selfie than space.

More on Meir:
Piece of Astronaut’s Spacesuit Falls off During Spacewalk