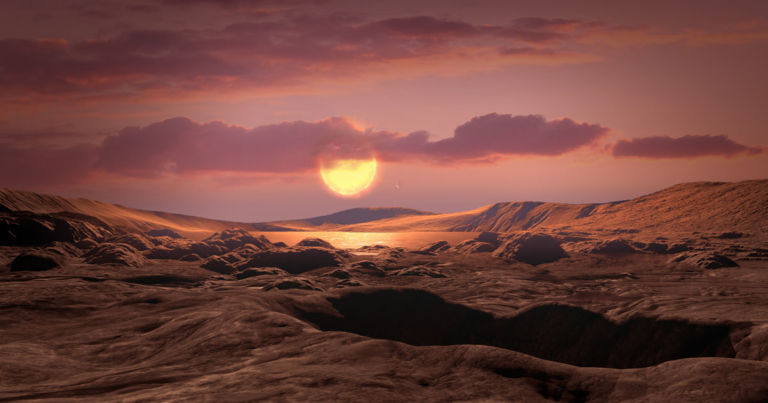 It’s the most similar to Earth in size and estimated temperature out of the thousands of exoplanets discovered by Kepler.

“This intriguing, distant world gives us even greater hope that a second Earth lies among the stars, waiting to be found,”  Thomas Zurbuchen, associate administrator of NASA’s Science Mission Directorate in Washington, who was not part of the research, said in a statement.

The exoplanet, called Kepler -1649c, orbits its small red dwarf star within the system’s habitable zone, a distance at which rocky planets receive enough star radiation to allow for liquid water to exist. It’s almost precisely the same size as large as Earth and receives 75 percent of the amount of light Earth receives from the Sun.

In other words, it’s a distant world that’s likelier than many others to support life. At 300 light-years from Earth, it’s the most similar to Earth in size and estimated temperature out of the thousands of exoplanets discovered by the Kepler space telescope, according to the researchers.

But plenty of questions remain before we can definitively say that the planet is capable of supporting life. For one, we don’t know what its atmosphere looks like — the key determinant of the planet’s surface temperature.

The team made the discovery while re-analzying older observations from NASA’s now-retired Kepler space telescope program. Kepler -1649c orbits its star at an extremely short distance — a full revolution takes only 19.5 Earth days — alongside a similarly sized rocky planet that orbits at half the distance of Kepler-1649c.

“Out of all the mislabeled planets we’ve recovered, this one’s particularly exciting — not just because it’s in the habitable zone and Earth-size, but because of how it might interact with this neighboring planet,” Andrew Vanderburg, researcher at the University of Texas at Austin and lead author of the paper published today in The Astrophysical Journal Letters, said in the statement.

The two rocky planets orbit their host star at an exact ratio: Kepler-1649c completes nine orbits in almost exactly the same time the inner planet completes four orbits. The researchers believe this could make the system extremely stable over a long period of time.

“The more data we get, the more signs we see pointing to the notion that potentially habitable and Earth-size exoplanets are common around these kinds of stars,” said Vanderburg.

“With red dwarfs almost everywhere around our galaxy, and these small, potentially habitable and rocky planets around them, the chance one of them isn’t too different than our Earth looks a bit brighter,” he added.

READ MORE: New Earth-sized planet found in habitable sweet-spot orbit around a distant star [TechCrunch]
More on exoplanets: Bizarre Exoplanet Might Be a Gas Giant That Lost its Gas