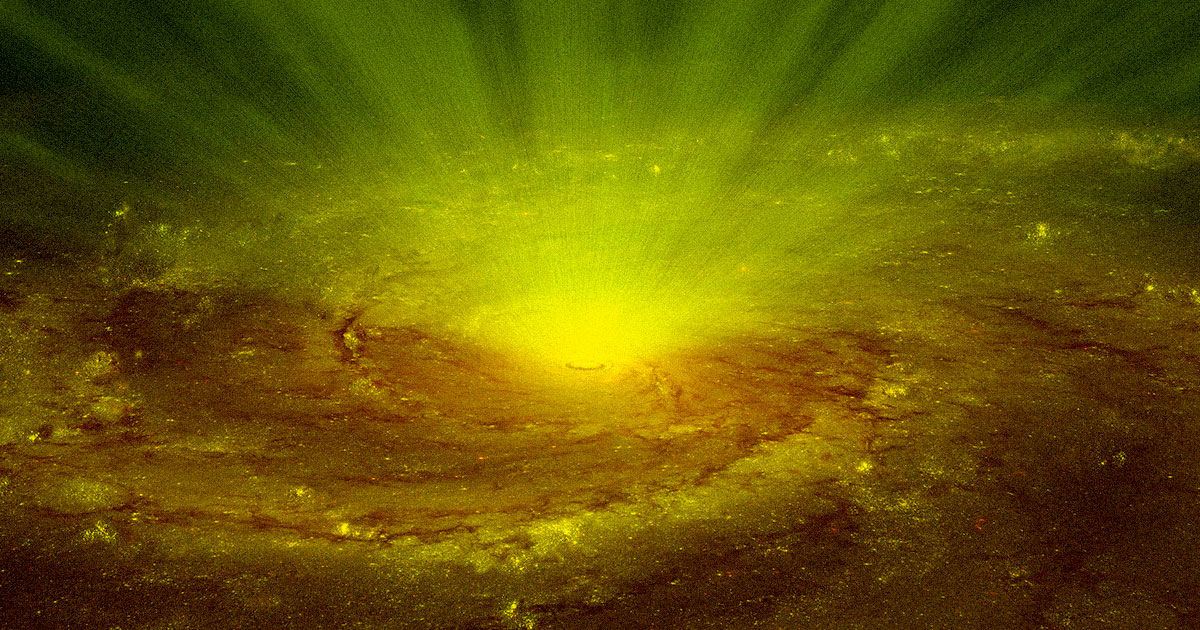 Black holes glow brighter when they’re taking in greater quantities of matter. That matter could have come from any combination of stars, asteroids, and cosmic gases that the scientists know passed near Sag A*. But the team doesn’t yet know whether an unusual amount of food happened to approach at once — or if something has changed within the Sag A* itself that’s making it hungrier than normal.

“The big question is whether the black hole is entering a new phase — for example if the spigot has been turned up and the rate of gas falling down the black hole ‘drain’ has increased for an extended period,” UCLA astronomer Mark Morris said in the press release, “or whether we have just seen the fireworks from a few unusual blobs of gas falling in.”

READ MORE: Black hole at the center of our galaxy appears to be getting hungrier [UCLA newsroom via Phys.org]
More on black holes: Physicists Detect Gravitational Waves From Newborn Black Hole