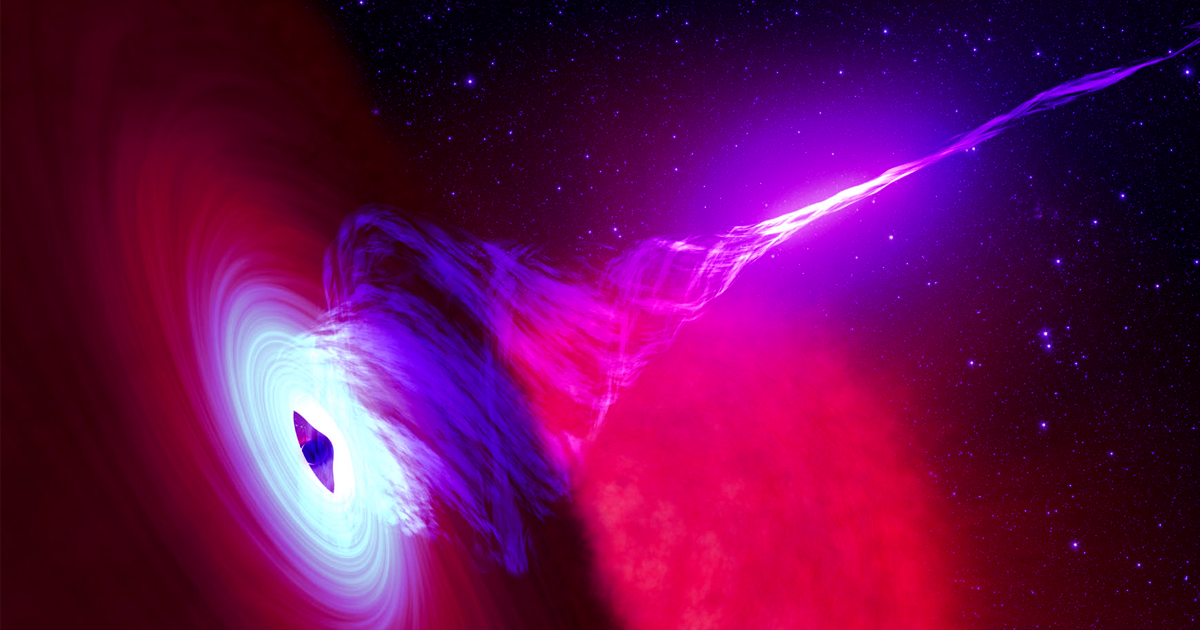 It’s hard to imagine anything that could kill a black hole. The ultra-dense celestial vacuums consume everything in their paths — but that cosmic appetite could theoretically be their undoing as well.

That’s according to research from the Israel Institute of Technology, Live Science reports. A new model shows that a steady diet of bizarre particles with negative energy could gradually chip away at the immense mass of a black hole until it vanishes into nothing.

When particles of matter and antimatter pop up near a black hole, the black hole’s gravitational force can pull them apart and keep them from destroying each other, Live Science reports.

The matter escapes as Hawking Radiation, while the antimatter particle gets absorbed. It then cancels out a tiny chunk of the black hole, according to the model. The process could hypothetically build up over time and cause the black hole to dissipate.

The scientists couldn’t test their model with a real black hole, so they made some substitutions. They replaced pairs of particles with quantum sound waves and the black hole’s gravity with a stream of condensed gas.

“It’s like if you were trying to swim against a current that was going faster than you could swim,” Steinhauer told Live Science. “You’d feel like you were going forward, but you were really going back. And that’s analogous to a photon in a black hole trying to get out of the black hole but being pulled by gravity the wrong way.”